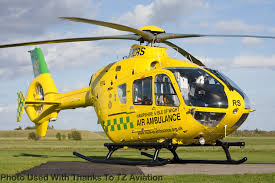 A worker in his thirties has been killed by a wall collapse of concrete blocks.

The accident happened in West Dorset and an air ambulance attended to the site in on 9/5/15 but the man, was declared dead at the scene after sustaining serious head injuries.

The Bournemouth Echo reported that spokesman for South Western Ambulance Service commented : “We were called at around 2pm to reports that a wall had collapsed on a male patient in his 30s.

“Big concrete blocks had landed on the patient and he suffered head injuries.”

“The hazardous area response team were there to assist fire officers as it was believed the patient was trapped,” the spokesman added.

“The air ambulance was on its way with a doctor on board as well, but when first responders were at the scene the patient was found to be beyond any help from us.”

The accident happened whilst the man was working on a residential property for a local builder.