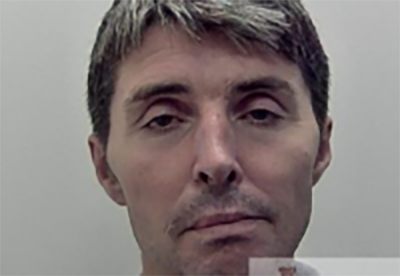 Canterbury Crown Court heard how thousands of pounds worth of electric hand tools were taken from a storage room last October which had been locked when builders left the site.

Unused rubble sacks were left filled with boxes of screws and one of them had a blood stain on it.

Kent Police officers attended and during their investigation identified the blood as belonging to 46-year old Adam Walford.

Walford, of Dover, was arrested and charged with one count of burglary.

At Canterbury Crown Court he admitted the charge but denied stealing all of the missing tools.

He claimed he had stolen just two reciprocating saws, photographs of which had been found on his phone by officers.

He also tried to say he had not entered the building intending to steal, but had been on his way to visit a friend when he saw the site and decided instead to spend the night in it, and fell asleep.

But the judge disagreed with his version of events and he was sentenced last week to 29 months in prison.

Investigating officer PC Mike Kingwell said: ‘It was an unusual claim by Walford to suggest he had stolen two of the missing power tools and all the others must have already been stolen before he arrived.

“He also claimed he only entered the building because he was cold and then fell asleep, but in fact he intended to steal so there probably wasn’t much time to snooze.

“We are pleased the court saw through his claims and sentenced him to time in prison – theft of tools like this can leave a business out of pocket and having to deal with the inconvenience of not having the tools needed for their work.”