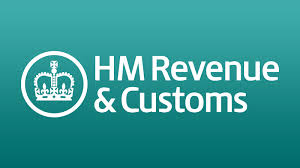 By Greg NelsonJuly 16, 2019HMRCHMRC and the construction Industry, VAT changes

The new reverse charge tax regime for VAT, will mean that a customer receiving services will have to pay any value added tax (VAT) due directly to HM Revenue & Customers instead of paying it through the supplier’s invoice. Under the current system, the supplier would pay the VAT to HMRC at a later date. The change is designed to combat tax fraud.

It comes into force in October but according to the (FMB), Federation of Master Builders , 69% of its members have heard nothing about it, and even among those that have heard about the new system, 67% are not ready yet.

The FMB says that reverse charge VAT will have a serious impact on cash flow, as well as being a significant administrative burden, fundamentally changing the way construction companies invoice their clients and pay their taxes to HMRC.

It has therefore written to the financial secretary to the Treasury, Jesse Norman MP, asking for implementation to be delayed until industry is better prepared.

FMB chief executive Brian Berry commented saying: “Construction companies are already struggling with Brexit uncertainty, sky rocketing material price rises and skill shortages and reverse charge VAT is yet another thing for them to deal with. What makes things worse is that HMRC has failed to deliver on its promise to help the industry to prepare. The guidance is not user-friendly and even tax experts are scratching their heads over it.”

Mr Berry commented saying: “It’s therefore not surprising that the vast majority of construction SMEs are not aware of the impending changes, despite widespread promotion by the FMB. Small business owners are busy people and clearly they don’t have time to read everything we send them. For those who are aware, they haven’t had a chance to change their systems yet as they were waiting for guidance to be published that has only just emerged. That’s why we are calling on the government to delay the changes by another six months and to use the extra time to improve the guidance and work with us to undertake a more intensive communications campaign. HMRC should also consider holding workshops across the country to explain the changes.”