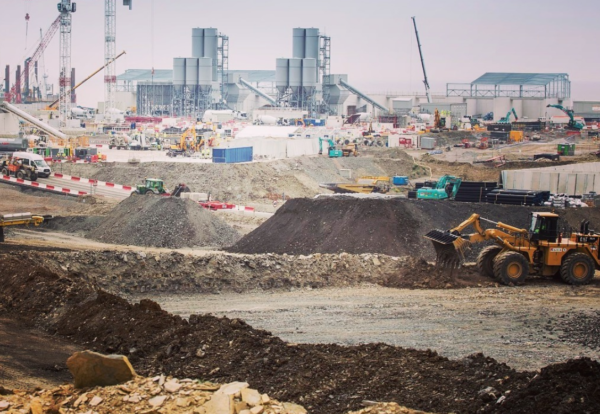 Struggle to recruit at Hinkley point despite £70000 a year

Contractors and main contractors are expressing concern over recruitment of plant operators even though industry-leading pay rates on the project which could see skilled civil engineering operatives earn £70,000 a year.

A lot of of the groundwork has now been completed on the site by a Kier BAM joint venture.

Main civils contractor Laing O’Rourke (BYLOR) and Bouygues will be looking to employ around 3,500 people when the site is in full swing.

One project source commented saying : “Quite a lot of the workers on site up to now have been employed through agencies but the main civils workers will be directly employed.

“That’s a lot of staff to find and people are realising now what a big ask that is going to be.

“They are offering very attractive wages but the job will need a massive influx of workers.”

A new pay deal for the site was thrashed out late last year which will rates rise to over £18 an hour for skilled workers.

Unite described the deal as “a landmark agreement which will now set the benchmark for pay rates on flagship construction projects throughout the UK.”