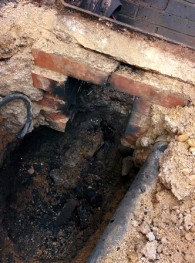 Gloucester Crown Court heard the 61-year-old man was working at the site on Eastgate Street on 29 May 2015. While trying to replace the traffic light pole he came into contact with a live underground cable which immediately gave him the electric shock and set him on fire. The man, who was an employee of another company asked by Amey to carry out the work, received burns to his to hands, arms, stomach, face, legs and chest.

An investigation by the Health and Safety Executive (HSE) found that although this was the first time this particular group of individuals worked on an Amey project, Amey did not provide adequate information on the location of underground services in the area. The inquiry also found that Amey’s supervision of the work was not adequate, and it had not properly managed the risks from the underground services.

Amey LG Limited, of Edmund Halley Road, Oxford, pleaded guilty to breaching Regulation 25 (4) of the Construction (Design and Management) Regulations 2015. The company was fined £600,000 and ordered to pay costs of £15,498.

After the hearing HSE Principal Inspector Helena Tinton said: “This man suffered life changing injuries as a result of this incident. He’s not been able to return to work, he still can’t use his hands properly and has been left both physically and mentally scarred by what happened. Had Amey given adequate information to the team working on site, and had Amey ensured the work was properly planned and supervised, this incident could have been avoided.

“This case should act as a reminder to local authorities and their contractors of the risks of working underground and the danger of severe electric shocks.”